From The New Milford Spectrum

Specialty touches were need to do the job right.

Thus, when former New Milford resident Mark Verrastro was overseeing the construction of an eco-friendly, Hudson Valley design cottage on the Hudson River in New York City, he called on old friends from his hometown.

The unique project was built on a wharf pier extending into the river in front of the World Financial Center, across the street from Ground Zero.

Constructed on site in eight days by union workmen, the modular house was designed by New World Home and built in partnership with Country Living magazine. 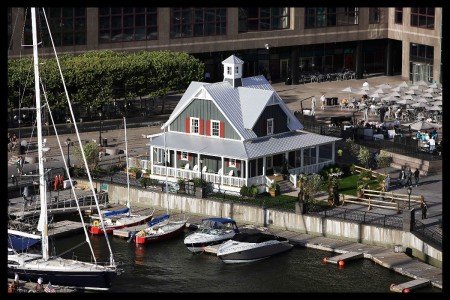 “From its conception to rebuilding the house again in New York City, construction and implementation was my life for six months,” Mr. Verrastro said.

The Hudson house was constructed in Pennsylvania. Its modular sections were then transported by trucks along highways, across the George Washington Bridge and through the city.

When a specially designed cupola was needed for the house, Mr. Verrastro hired Jared Stein, a New Milford-based journeyman carpenter, to produce the top notch.

Mr. Stein built the cupola off-site, then transported it to New York where it was lifted by crane to the roof of the Hudson house.

“This was the first time building with green materials for me,” Mr. Stein said, “but I’m definitely going in that direction. I built a roof to construct the cupola on. It was four feet by four feet and seven feet tall when put together. It was like the icing on the cake when it went up on the house.”

When a stone walkway and patio area was required for completion of the project, Mr. Verrastro gave the job to Shayne Newman of New Milford and his company, YardScapes.

Mr. Verrastro had worked for YardScapes years ago.

“We used permeable pavers,” Mr. Newman explained. “Unlike traditional pavers where water pools and then runs off, the permeable pavers allow water to pass through and filter through the gravel bed underneath.” 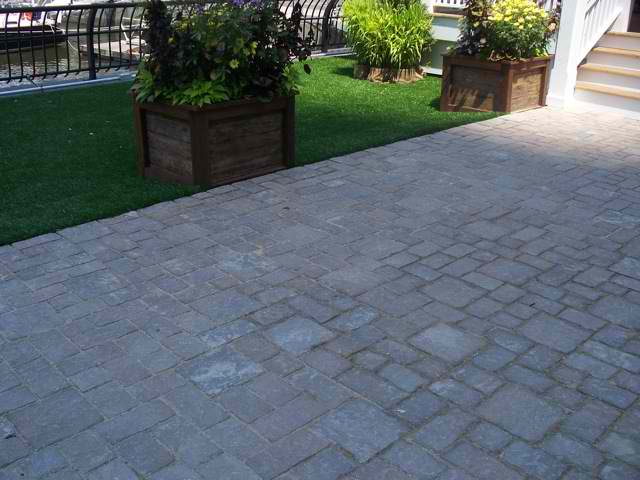 Mr. Newman said the Hudson home project was “kind of a challenge.” Sending a three-man crew down from New Milford with two trucks, one with gravel and one with pavers, he knew his crew had one day to install 500 square feet.

“We like to build houses that look like they’ve been in the vernacular for 100 years,” Mr. Verrastro said, “then when you walk inside, it’s the latest ecological amenities and materials.”

Get to know us